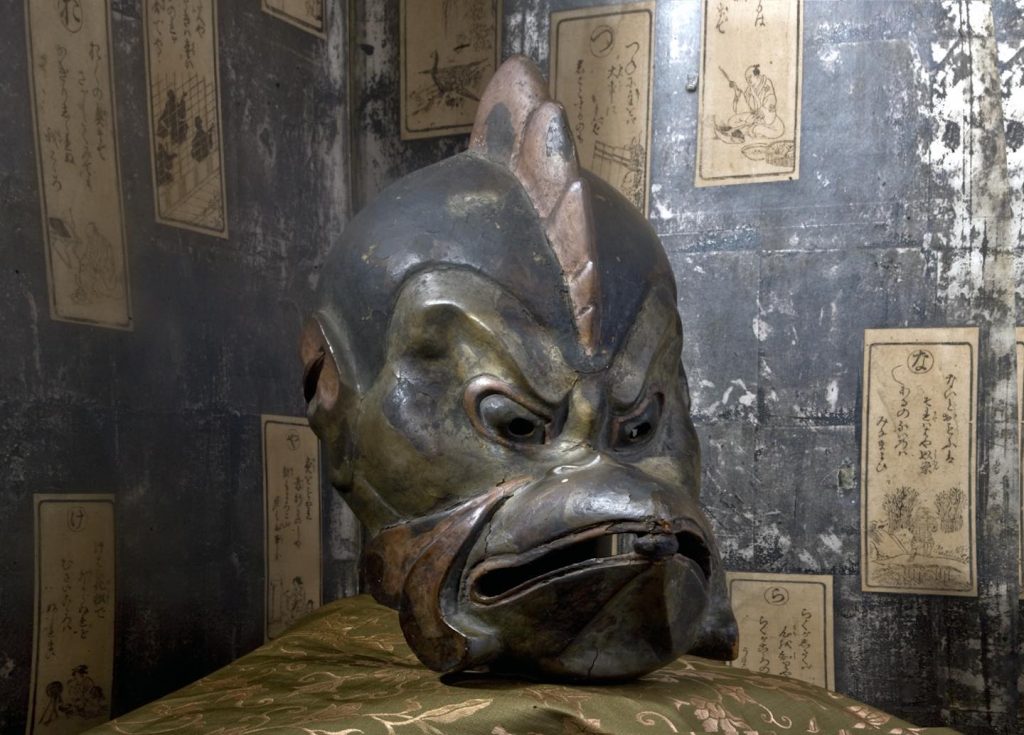 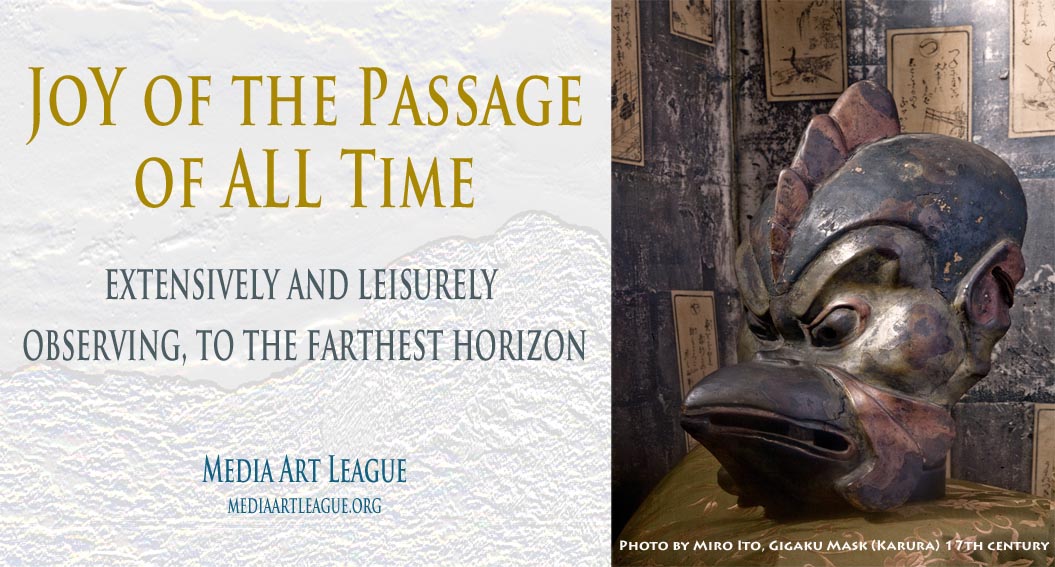 After 2017 ended as a year where the fragmentation of the humankind became ever more evident, there can be no hope of a brighter future ahead unless people all over the globe, truly become one.

Amidst the seemingly never ending conflicts whose seeds lie in prejudice, hate and fear, we can share the aspirations and ideals of contributing to the unity of the world in every possible way, as currently demonstrated by the Olympic ideals we are witnessing in Korea.

On the occasion of this Lunar New Year, the words of the late Kyōgen Master and fellow artist, Mannojo Nomura V. come to mind:  “extensively, leisurely observing to the farthest horizon”.

Whether it be on ecological issues or on the various ongoing conflicts around the globe, a sound conscience and consciousness for solutions can be fostered by having a broad perspective that encompasses both past and future.

As part of this initiative of mine, I have had opportunities to speak about what I call “the road of wisdom transcending East and West” at the University of Chicago last November. My main theme was the universalism in art form found in the Hellenistic sculptures of the Tōdai-ji Temple from the 8th century, photographs of which were presented in my concurrent exhibition in Chicago.

In a religious sense, universalism is the teaching of universal salvation. In its broadest sense, it represents an ideal to affirm and respect each other’s differences based on the universal idea that: all is one.

Vestiges of these ideals can be recognized in such performing arts as Gigaku that came to Japan more than 1400 years ago via the Silk Road. The remarkable co-existence of heterogeneous cultures is reflected in their masks as the embodiment of the essence of universalism in the form of art.

My globally touring exhibition, “Road of Light and Hope” that launched at UN headquarters in New York in 2016, was subsequently shown at the Academy of Arts of Uzbekistan, the Council of Europe and the Lieu d’Europe in Strasbourg, the Japan Foundation in Toronto, the Japanese Consulate General in Chicago, with the gracious support of co-organizers: the Japanese Ministry of Foreign Affairs and Japan Camera Industry Institute.

Gigaku masks were enthusiastically welcomed at various venues and fascinated visitors with their magnificent and vibrant artistic expressions.

Incidentally, an inebriated Sogdian King (Suikou), one of the representative Gigaku characters is believed to be modeled after Dionȳsos in Greek mythology. (The Sogdians once inhabited an area that roughly corresponds to today’s Uzbekistan).

In fact, Central Asian countries were crossroads of civilization where a panoply of ethnicities and nationalities intermingled. Uzbekistan itself is a veritable “racial melting pot” which is reflected in the facial features of many of its inhabitants today. Since the historic Greek immigration after the eastward incursions of Alexander the Great, a human tapestry of myriad ethnicities co-existed for over 2300 years, allowing the spirit of Gigaku to thrive.

Gigaku —considered to be the oldest form of mask theater on the Eurasian continent—  is derived from that of ancient Greece. Although it long fell into disuse as an actual performing art, around 552 AD when Buddhism was first introduced to Japan, Gigaku also arrived. Then Gigaku came to be performed as dedicatory dances for religious rituals at major temples in Japan’s first capital, ancient Nara.

When observing Gigaku masks, it is almost like encountering the spirits of our ancestors. Like a miniature Greek Pantheon, the masks represent various deities and tribal rulers, hermits as well as historical heroes inspiring us to find the way to a harmonious future…

With a heartfelt prayer for peace

Photo by Miro Ito (Replica of  an original Gigaku mask owned by the Todai-ji Temple: Karura; carved in the early 17th century)