Edo/Tokyo as experimental crossroads of “East meeting West” in architecture

Introducing 50 historical photographs from an album entitled “Assorted Japanese Sightseeing Spots”  brought back to Italy by an Italian Envoy/Cunt Barbolani 1877-1881, the exhibition “Edo/Tokyo – Seen through its Edifices” will be presented for the first time outside of Japan, from the 15th to 30th of April 2019 at the Japan Information Center Hall of the Consulate-General of Japan in Chicago.

Presented by the Japan Camera Industry Institute (JCII, Tokyo) and Media Art League (Tokyo/Toronto), this exhibition seeks to present a lost Edo transforming into Japan’s new capital of Tokyo, providing a dramatic contrast of a wistful nostalgic longing for the old ways of “Samurai Society” with an exuberant anticipating mood towards the advent of the newly reborn and modernizing imperial Japan.

What makes this album particularly interesting is how it shows the unique architectural  transformation from the Samurai Edo to the new imperial capital of Tokyo through both modification of existing Edo edifices and new construction of Western-style buildings.

The city of Edo/Tokyo itself became an experimental crossroads of “East meeting West” in architecture.

The amazing photo album that contains these invaluable images was brought back to Italy after Envoy Barbolani’s mission to Japan and it was only recently discovered and acquired by the Japan Camera Industry Institute (JCII).

in the Department of Asian Languages and Cultures from Northwestern University 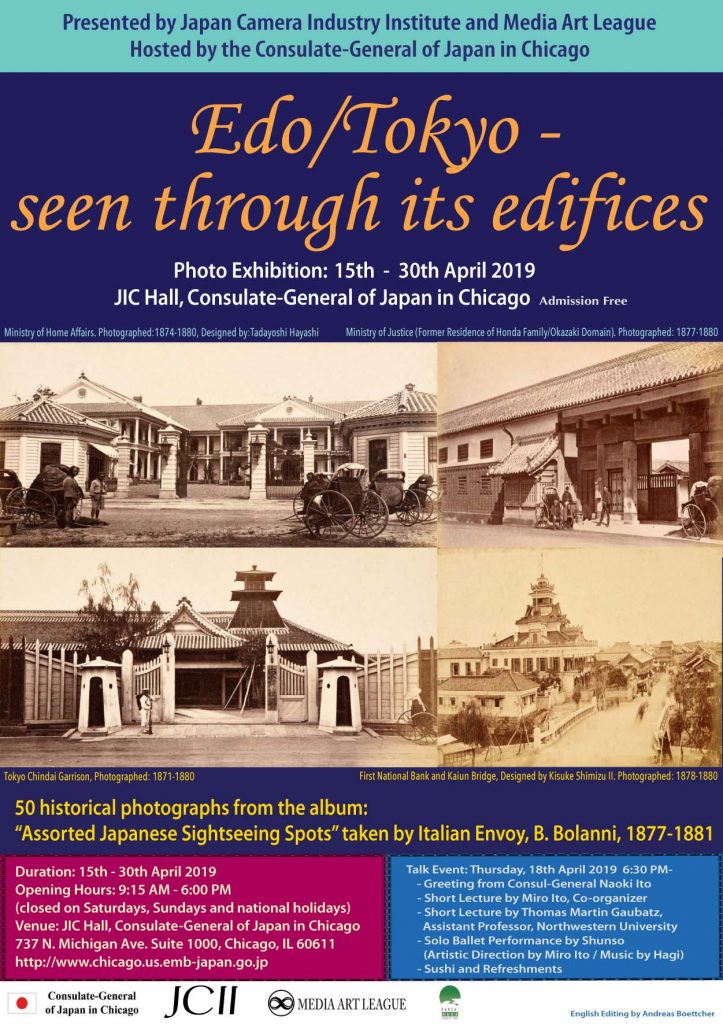